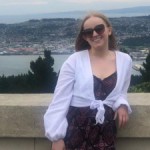 5 October 2021
In 1963, Valentina Tereshkova became the first woman in space when she launched aboard the Soviet space program’s Vostok 6. To this day, she remains the only woman to have completed a solo space mission. The Vostok 6 mission lasted three days and orbited the Earth a total of 48 times. Tereshkova was born in 1937 in the village of […]
Archived: World Space Week
0 comments

23 March 2021
Can we really grow potatoes on Mars like astronaut Mark Watney (Matt Damon) does in "The Martian"?
Archived: News
0 comments

11 October 2020
The International Space Station (ISS) is the largest artificial satellite in Earth’s orbit (and in space that we know of). It was constructed as a collaboration between NASA, Roscosmos (Russia), JAXA, ESA, and CSA (Canada). The first component was launched into Earth’s orbit in 1998. Recent additions to the ISS include the Bigelow Expandable Activity Module which was launched in […]
Archived: World Space Week
0 comments

11 October 2020
The Solar Orbiter (SolO) is a satellite that was launched in February 2020 by the European Space Agency. It will reach its operational orbit in around three years time, after completing gravity assist manoeuvres with the help of Earth and Venus. In its operational orbit, SolO will reach distances as close as 26 million miles away from the Sun. The […]
Archived: World Space Week
0 comments

11 October 2020
BepiColombo is a two-satellite cooperation between the European Space Agency and the Japan Aerospace Exploration Agency (JAXA) on a seven-year journey to Mercury. It was launched in October 2018 and is expected to arrive at Mercury in the year of 2025. There are two satellites involved in the BepiColombo mission: The Mercury Planetary Orbiter (MPO) and Mercury Magnetospheric Orbiter (Mio). […]
Archived: World Space Week
0 comments

7 October 2020
The National Ocean and Atmospheric Administration (NOAA) satellites are involved in monitoring the global (and space) climate to provide warnings of dangerous weather. There are a variety of NOAA satellites currently operating that provide surveillance of the oceans, atmosphere and space environment. The NOAA Polar-orbiting Operational Environmental Satellite (POES) system comprised several satellites with contributions made by NASA and the […]
Archived: World Space Week
0 comments

Sputnik 1 and the Space Age