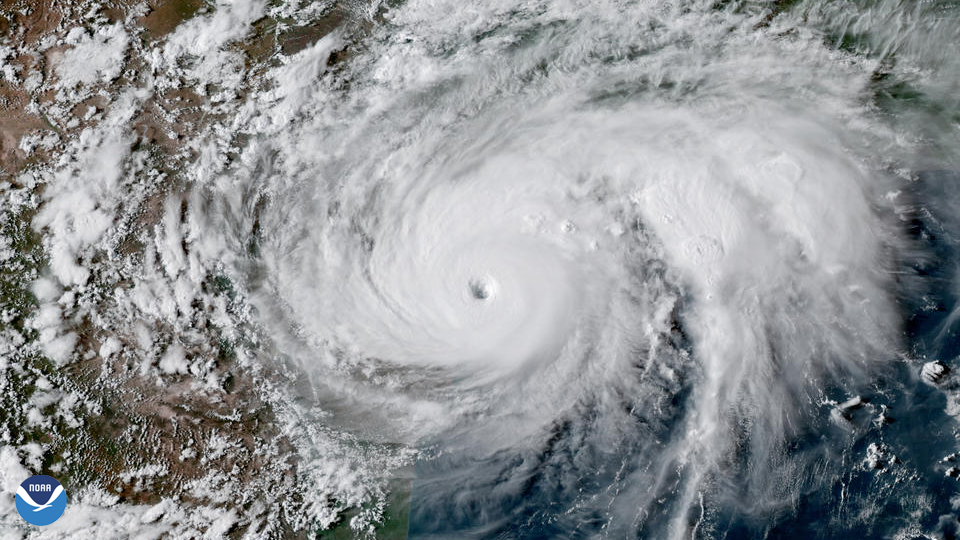 The National Ocean and Atmospheric Administration (NOAA) satellites are involved in monitoring the global (and space) climate to provide warnings of dangerous weather. There are a variety of NOAA satellites currently operating that provide surveillance of the oceans, atmosphere and space environment. The NOAA Polar-orbiting Operational Environmental Satellite (POES) system comprised several satellites with contributions made by NASA and the European Space Agency to improve weather forecasting. The first POES satellite was launched in 1979. NOAA19 was the last POES satellite to be launched in 2009. The POES system was succeeded in 2017 by the Joint Polar Satellite System (JPSS) with numerical and scientific climate modelling and weather predictions.

The above image was captured by the NOAA geosynchronous satellites (GOES). It shows the Arctic wildfires that plagued Alaska and Canada in July 2019 which are represented by yellow and red markers. These Arctic wildfires were estimated to have released around 100 megatons of carbon dioxide into the Earth’s atmosphere, showcasing the role of NOAA satellites in monitoring global climate change effects. The June that preceded the wildfires shown in this image was recorded as the hottest June on record.

The NOAA GOES-12 satellite captured photography of Hurricane Katrina, a devastating hurricanes that hit New Orleans, U.S.A. in 2005 and took over 1800 lives. It contained an Imager instrument that detected infrared wavelength bands from 10.2 to 11.2 microns, a spectroscopic signature of severe storms. These wavelength bands were detected for Hurricane Katrina as it passed over the Gulf of Mexico. GOES-12 was deactivated in 2013, and the most recent GOES satellite to be launched was GOES-17 in 2018.

The DSCVR satellite was launched by SpaceX in 2015. It is NOAA’s first deep space satellite and orbits at the “Lagrange point 1” between the Earth and the Sun. It’s location with respect to the Sun is important considering that it functions to monitor space weather, such as solar magnetic storms. At this Lagrange point 1 position, DSCVR can provide up to an hour of warning of an approaching solar storm (a coronal mass ejection from the Sun). Large solar storms are a natural disaster not spoken about as often as earthquakes and volcanic eruptions, but a large one could severely disrupt power grids and telecommunication systems on Planet Earth. When discussing the threat of solar storms, the term “Carrington Event” is often used. This refers to an extremely large solar storm that hit the Earth in 1859 and caused major disruption to the telegraph systems of the time. In modern times where we rely much more heavily on electricity, a solar storm of similar magnitude hitting Planet Earth could have devastating impacts. This showcases the importance of instrumentation such as NOAA’s DSCVR satellite monitoring space weather.

Explore the World in Real-Time with NOAA.