Sputnik 1 and the Space Age 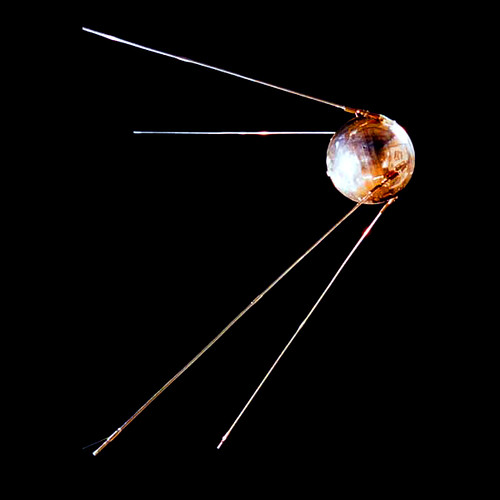 Sputnik 1 was the first artificial satellite to be launched into space. It was launched into Earth’s orbit by the Soviet Union on October 4th 1957. Sputnik 1 measured only 23 inches in diameter and just 84 kg in weight. This is miniscule in comparison to more modern satellites such as the Hubble Space Telescope which weighs in at around 11,110 kg. Sputnik 1 remained in Earth’s orbit until January 1958; however, it was only functional for the first three weeks of its journey before it went silent due to the batteries dying.

Sputnik 1 fell back to Earth and burned up in the atmosphere on January 4th 1958. In the mean time, it had been succeeded by Sputnik 2 which was launched on November 3rd 1957. Sputnik 2 carried the first living creature into space, a dog named Laika. Laika survived only a few hours, highlighting the moral and ethical shortcomings that can accompany scientific curiosity.

Sputnik 3 launched on May 15th 1958 and differed significantly from Sputnik 1 and 2 as it was a scientific laboratory spacecraft. Sputnik 3 had twelve scientific instruments that allowed us to learn more about Planet Earth’s upper atmosphere and ionosphere. Physical characteristics such as pressure and chemical characteristics such as composition were learned about the upper atmosphere. Sputnik 3 had also been intended to study the Van Allen radiation belts, but instrumentation failure meant that this data could not be transmitted to scientists on Earth.

Sputnik 1 was a turning point in the history of human space exploration. Being the first object that humankind had launched into space, Sputnik 1 defined the beginning of the Space Age. Sputnik 1’s launch also began the Space Race between the United States and Soviet Union as a part of the Cold War. The invention and launch of Sputnik 1 opened the floodgates on many advancements that followed in space exploration, such as the establishment of the National Aeronautics and Space Administration (NASA) in 1958 in the United States.