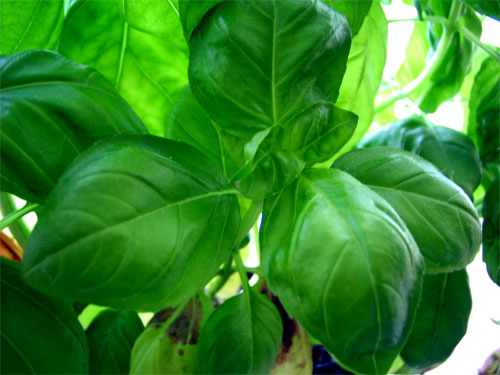 Can we really grow potatoes on Mars like astronaut Mark Watney (Matt Damon) does in The Martian?

Astrobotany is a branch of science that investigates plants in space. It is one of the many subdisciplines of astrobiology. Astrobotany is concerned with the effects of the space environment (particularly microgravity) on the growth of plants. The ability to grow plants in space could aid in providing astronauts with necessary nutrients such as vitamins, as well as improving their psychological health. Astrobotany not only investigates whether we could facilitate the growth of plants in space (such as on Mars and the Moon), but also the possibility that they may already be growing elsewhere in the universe.

The first seeds to be sent to (suborbital) space were sent in July 1946 by the U.S.A. in a V-2 rocket. The first seeds, however, to be sent to space and successfully recovered, were maize seeds sent later in the same month. The Apollo 14 mission of 1971 flew 500 tree seeds around the Moon which were later planted alongside controls on Earth. There were no observed discrepancies between the controls and the Apollo 14 seeds. In 1982, the Soviet Salyut 7 space station became the first to grow flowering and seed-producing plants in space, when they grew Arabidopsis (rockcress).

The International Space Station has been a prominent site of astrobotany research since its launch in 1998. In 2015, a group of American astronauts from Expedition 44 became the first American astronauts to eat plants grown in space when they ate red Romaine lettuce that had been harvested on the ISS via NASA’s Vegetable Production System (Veggie).

Astrobotany experiments can also be run directly from Planet Earth. By simulating Lunar and Martian soil, NASA scientists concluded that at least nine types of edible plant crops can be grown in Lunar and Martian soil. These crops include chives, garden cress, leek, pea, quinoa, radish, rocket, rye, and tomato. The proposition that we may be able to grow vegetables in Martian and Lunar soil is a step forward in the endeavor to create settlements on both the Moon and Mars.

How does space affect the growth of plants?

Dr. Hideyuki Takahashi of the Japanese Aerospace Exploration Agency (JAXA) describes the impacts that microgravity can have on the growth and development of plants. Gravimorphogenesis is a mechanism whereby plant growth is mediated by gravity. An experiment conducted on the space shuttle flight STS-95 displayed that the growth patterns of Arabidopsis and rice were unorderly under the influence of microgravity, with the roots of some plants observed to grow upwards with the shoots. Experiments to better define the impacts of microgravity on plant growth are crucial to the field of astrobotany and the mission to be able to grow fresh produce for astronauts in space.

Future of Astrobotany (and Careers)

The future of astrobotany aims to enable astronauts to grow their own plants in space, both as a source of fresh produce (vitamins and minerals) and as a mental health booster. The JAXA-led Seeds in Space programme is just one example of the astrobotany research going ahead to make vision this a reality. Seeds in Space involves studying the growth of seeds (i.e. basil seeds) in the Kibō module of the International Space Station. Astrobotany also will see the continuation of other endeavors such as NASA’s Vegetable Production System (Veggie) on the ISS. Astrobotany research as a career would be greatly aided by a background in botany, biology, biochemistry, chemistry, geology, astrophysics and more.