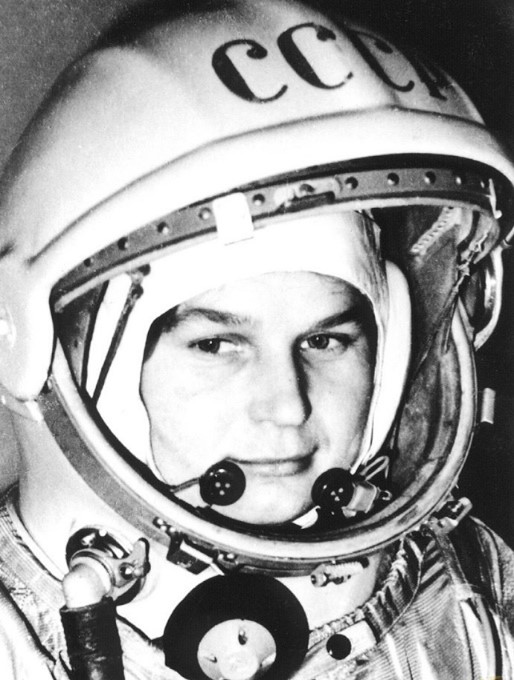 In 1963, Valentina Tereshkova became the first woman in space when she launched aboard the Soviet space program’s Vostok 6. To this day, she remains the only woman to have completed a solo space mission. The Vostok 6 mission lasted three days and orbited the Earth a total of 48 times.

Tereshkova was born in 1937 in the village of Bolshoye Maslennikovo in central Russia. Her father was killed in the Finnish Winter War, part of World War II, when she was two years old. She attended school up until age 17, after which she began working in the tyre and textile mill industries whilst completing correspondence courses at the Light Industry Technical School to continue her education. Outside of her work and studies, Tereshkova developed an interest in skydiving and completed her first jump when she was 22. It was her experience in skydiving that would lead to her selection as a cosmonaut.

The head of the Soviet cosmonaut training program, Nikolai Kamanin, decided as a part of the Space Race that the U.S.A. could not be the first to put a woman in space and begun the recruitment process for female cosmonauts. Criteria to be a female cosmonaut included being younger than 30, no taller than 170 centimetres, and having experience with parachuting. In 1962, five candidates were chosen to enter the cosmonaut training process including Valentina Tereshkova, Zhanna Yorkina, Irina Solovyeva, Valentina Ponomaryova, and Tatyana Kuznetsova. In May 1963, Valentina Tereshkova was selected to fly Vostok 6.

The Vostok 6 spacecraft was operated predominantly from the ground by the Soviet space program. During the mission, data was collected to help study the effects of spaceflight, such as the zero-gravity environment, on the female body. Photography carried out by Tereshkova during the mission was later used to study the atmosphere.

In the same year as the Vostok 6 mission, Tereshkova married the Soviet cosmonaut Andrian Nikolayev, and went on to have a daughter named Elena Andrianovna Nikolaeva-Tereshkova. Being the first child born to both a mother and father who had been exposed to space, Elena received a lot of medical interest. Following the Vostok 6 mission, Valentina Tereshkova went on to attain the rank of major general in the Air Force and to hold several political offices as a part of the Communist Party of the Soviet Union.