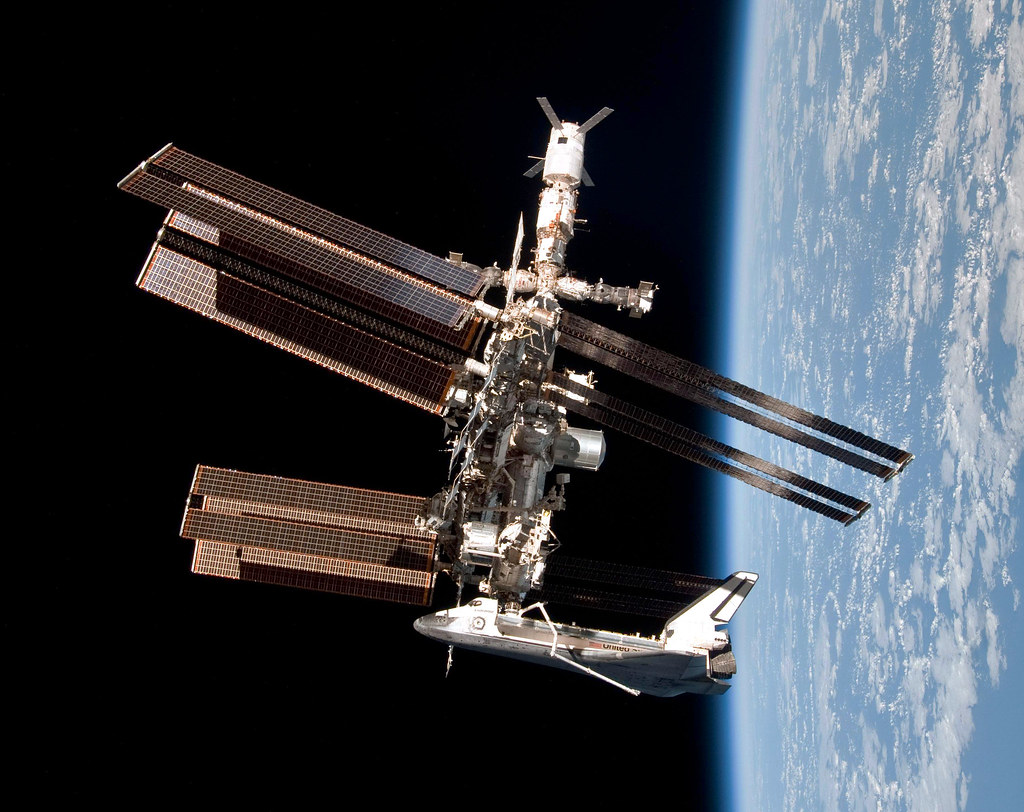 The International Space Station (ISS) is the largest artificial satellite in Earth’s orbit (and in space that we know of). It was constructed as a collaboration between NASA, Roscosmos (Russia), JAXA, ESA, and CSA (Canada). The first component was launched into Earth’s orbit in 1998. Recent additions to the ISS include the Bigelow Expandable Activity Module which was launched in 2016 and serves to test expandable habitat technology that could be used to protect astronauts in future deep space missions. Other than size, another factor that distinguishes the ISS from other artificial satellites is that it is inhabited! Scientists and astronauts live in the ISS for various time periods to conduct scientific experiments in astrobiology, space medicine, astronomy, meteorology and more!

Experiments on the ISS

The ISS contains laboratories that allow scientific experiments to be run under the conditions of the space environment. For astrobiology interest, this allows the study of the response of microbial cells and also the human body to conditions such as microgravity and exposure to space radiation.

In 2015, two astronauts (Scott Kelly and Mikhail Kornienko) spent a year on the ISS as part of a NASA-led investigation into the effects of long-term spaceflight on the human body. Scott Kelly’s twin brother, Mark Kelly, was a control subject who stayed on Earth. This allowed for comparison of the physiological and genetic changes exhibited in Scott Kelly under the influence of the space environment. Astronaut Scott Kelly developed tolerance to the microgravity conditions, and also saw genetic changes including telomere lengthening during the one-year mission.

Laboratories on the ISS

There are currently five main laboratory modules of the ISS, with a sixth (Nauka) set to be launched in 2021. The current five include the Kibō, Columbus, Destiny, Poisk, and Rassvet. The largest laboratory module of the ISS is the Kibō which is the Japanese Experimental Module launched by JAXA. The Kibō module includes a scientific airlock that allows experiments to be transferred to the external space environment to observe their responses under space conditions, such as the effects of microgravity and space radiation exposure. A variety of experiments in cell biology take place on the Kibō, as well as geophysical experiments. For example, the OCO-3 instrument designed by NASA-JPL as part of the Japanese Experimental Module monitors the levels of carbon dioxide in the Earth’s atmosphere which is essential in monitoring the climate crisis.