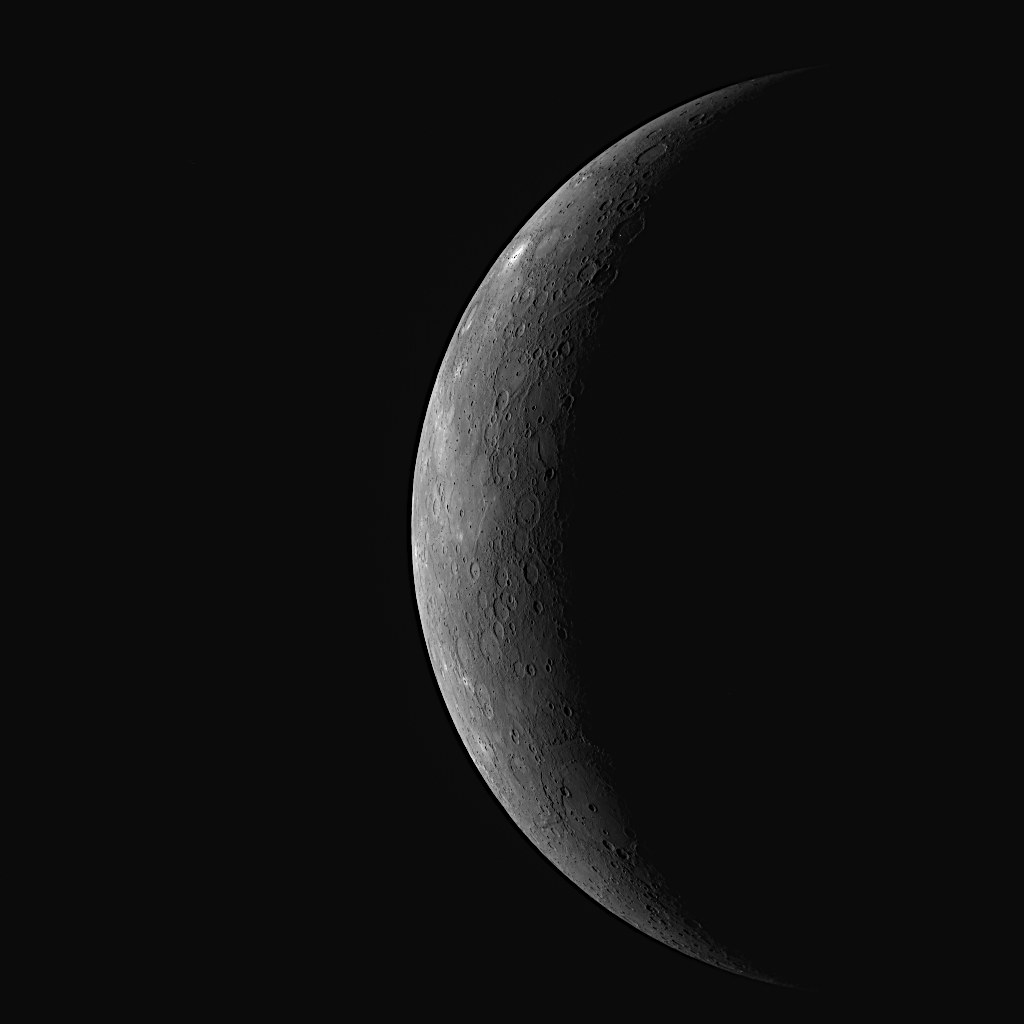 BepiColombo is a two-satellite cooperation between the European Space Agency and the Japan Aerospace Exploration Agency (JAXA) on a seven-year journey to Mercury. It was launched in October 2018 and is expected to arrive at Mercury in the year of 2025. There are two satellites involved in the BepiColombo mission: The Mercury Planetary Orbiter (MPO) and Mercury Magnetospheric Orbiter (Mio). BepiColombo will spend a year gathering information on the smallest planet in our solar system and the least explored of the inner rocky planets.

Mercury is the closest plan to the Sun in our solar system, which could lead you to believe it is also the hottest. However, Mercury sees more dramatic fluctuations in temperature than any other planet in the solar system. Surface temperatures can reach 430°C during the day and drop to -170°C at night. The polar regions of Mercury see constant temperatures below -93°C. The hottest planet in the solar system is actually Venus due to its dense carbon dioxide-rich atmosphere. Comparatively, Mercury has an extremely thin (almost non-existent) atmosphere which allows heat energy to readily escape.

The two spacecraft components of BepiColombo will provide new and unprecedented viewpoints to study the smallest planet in our solar system. The Mercury Planetary Orbiter (MPO) was provided by the ESA and will study the chemistry and geology of Mercury’s surface and interior. The MPO is equipped with eleven scientific instruments including cameras and spectrometers. The Mercury Magnetospheric Orbiter (Mio) was provided by the JAXA and will study Mercury’s magnetosphere. The Mio will carry five instrumentation groups, four of which will carry out plasma and dust measurements. Before BepiColombo arrives at Mercury, it is completing flybys of Earth, Venus, and Mercury. Below is an image captured by BepiColombo during it’s Earth flyby in April 2020.