In 2013, I  had the great opportunity to interview the Chief Science Advisor of SOFIA, Eric Becklin whilst the flying telescope was here in New Zealand for its first southern deployment.

The circumstances of the interview itself could make it into a tale too, but suffice it to say that nothing stopped the story being told.  As it seems, nothing stopped SOFIA to fly either (1).

During the interview, Eric Becklin talked about the telescope, the aircraft, why the deployments to New Zealand and Southern Hemisphere, the wonders of infrared astronomy, favourite discoveries and what he thinks about the future of humankind.

On a personal note, SOFIA’s Chief Science Advisor is a force of nature. He loves talking about SOFIA and his work with airborne astronomy, a project he holds very dear. Being around him and being shown around SOFIA was one of the highlights of my life.

We hold the dream that the mighty airplane will one day be accessible to school teachers from New Zealand, who could become ambassadors of SOFIA. In fact, the reason for this interview was to bring SOFIA to the classrooms and to a wider audience from around New Zealand.

Kiwispace Foundation for sponsoring my trip to Christchurch,
Eric Becklin, SOFIA team, Matt Hayes for the excellent pictures of SOFIA and my colleagues. 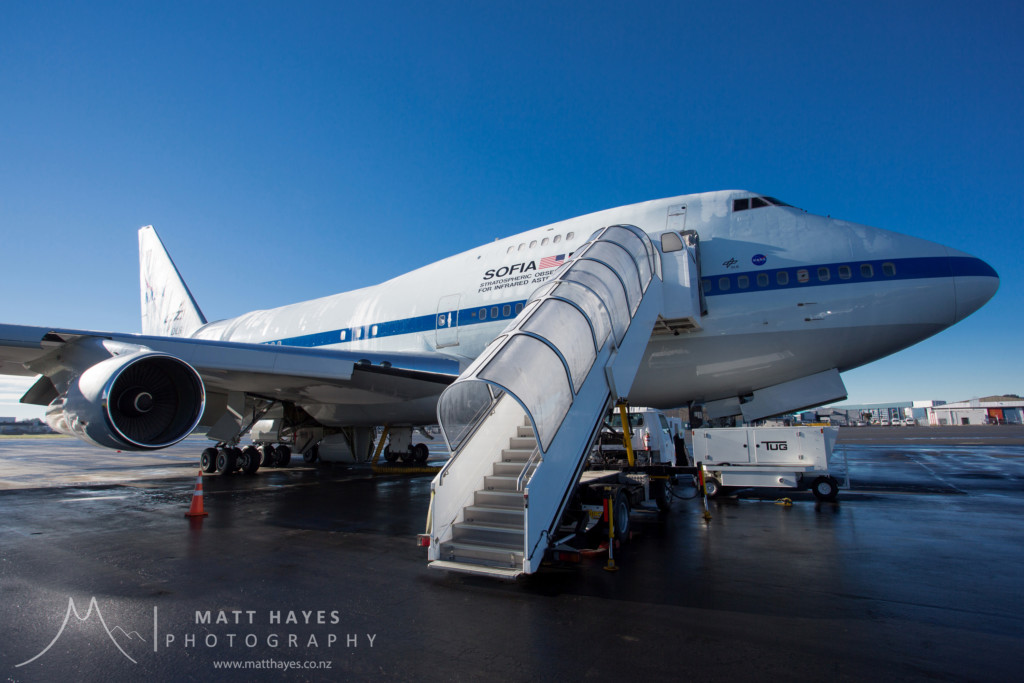 (1) “SOFIA was in danger of being mothballed when NASA’s 2015 budget request sought only $12.3 million for the project, down from $87.4 million in 2014. NASA said in the request that if it could not find partners to take over the agency’s share of operations, it would place SOFIA in storage in 2015. The omnibus bill instead provided SOFIA with $70 million, allowing the project to continue, although with 20 percent less funding than 2014.” – See more at: http://spacenews.com/kepler-and-sofia-survive-technical-and-fiscal-challenges/#sthash.HfzBWYFV.dpuf