Liquid water detected on Mars, can it hold life? 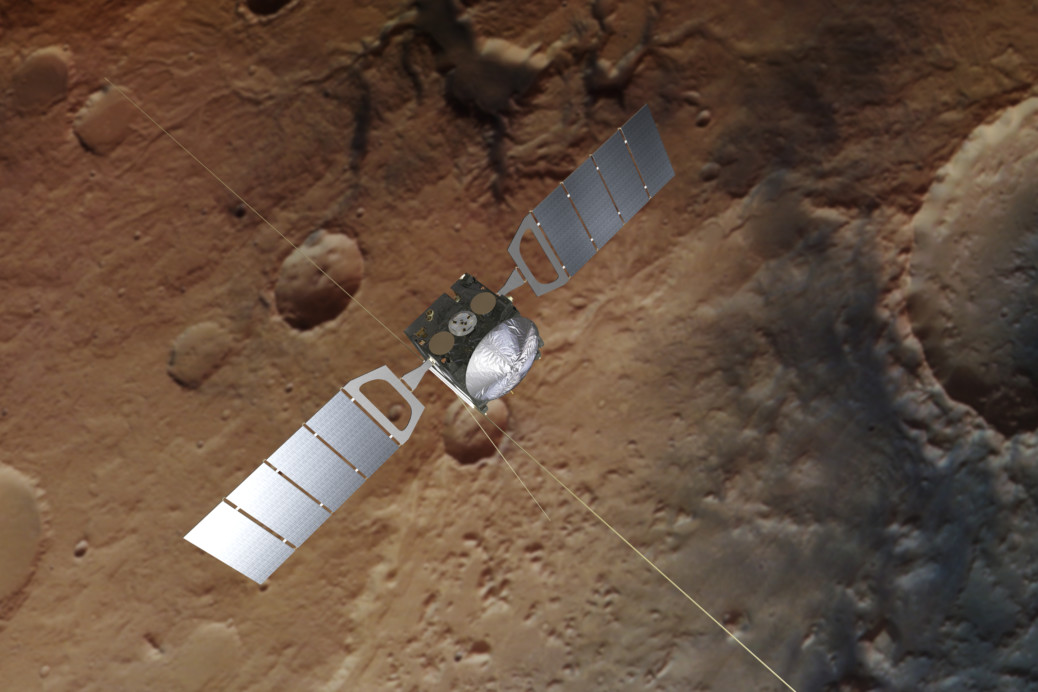 This week, the European Space Agency announced that radar data collected by ESA’s Mars Express point to a pond of liquid water buried under layers of ice and dust in the south polar region of Mars. 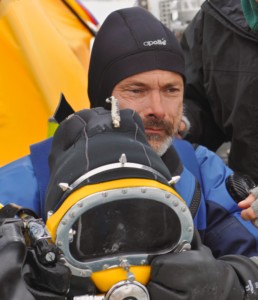 Ian Hawes, Professor at Waikato University commented on the findings:

We have known for some time that liquid water was once plentiful on the surface of Mars, at the time that life was first emerging on Earth. At that time, the environment may have been suitable on Mars for earth-like life to have evolved. While we have a limited understanding of the conditions under which life can evolve – we still barely understand this process on our own planet – we think that the presence of liquid water is likely essential.

At the moment conditions on the surface of Mars are hostile to earth-like life, it is dry, cold and exposed to intense solar radiation. But if there are water-rich habitats on the planet to where life could have retreated, then this is where we might expect to find it.

It seems reasonable that one place where there could be water will be sediments saturated with briny fluids under the polar ice cap – and these observations appear to confirm this. Could these contain life?

Perhaps the best analogue is in Antarctica, but maybe less Lake Vostok and more the briny reservoirs known to lie under the Taylor Glacier in the McMurdo Dry Valleys.

How can liquid water exist inside ice sheets?

The issue if liquid water can exist tucked inside layers of ice, is long settled on Earth. A geological survey found an aquifer the size of Ireland hidden inside the ice sheets of Greenland.

As impossible as it might sound, water releases energy when it freezes. As some of the water refreezes, it releases latent heat. Surrounding water absorbs this heat, and along with the snow insulation, provides enough warmth to maintain water in liquid state. (Can liquid water persist within an ice sheet?)

The last remains of a sea that dried out

The aquifer discovered in Greenland is big, and Norway’s glaciers host one too. However, the aquifer under Taylor Glacier is different because it’s made of hypersaline brine groundwater, like the last remains of a sea that dried out. It’s the sea connexion that makes the Taylor Glacier so special.

And what’s more, there is life inside the brine at Taylor Glacier:

This hypersaline brine groundwater supports an anaerobic microbial ecosystem that is sustained by chemical energy (ie it does not need oxygen or light). This community was likely selected from drying down seawater during the brine creation phase and is likely to have been under the glacier for millenia, says Ian Hawes. 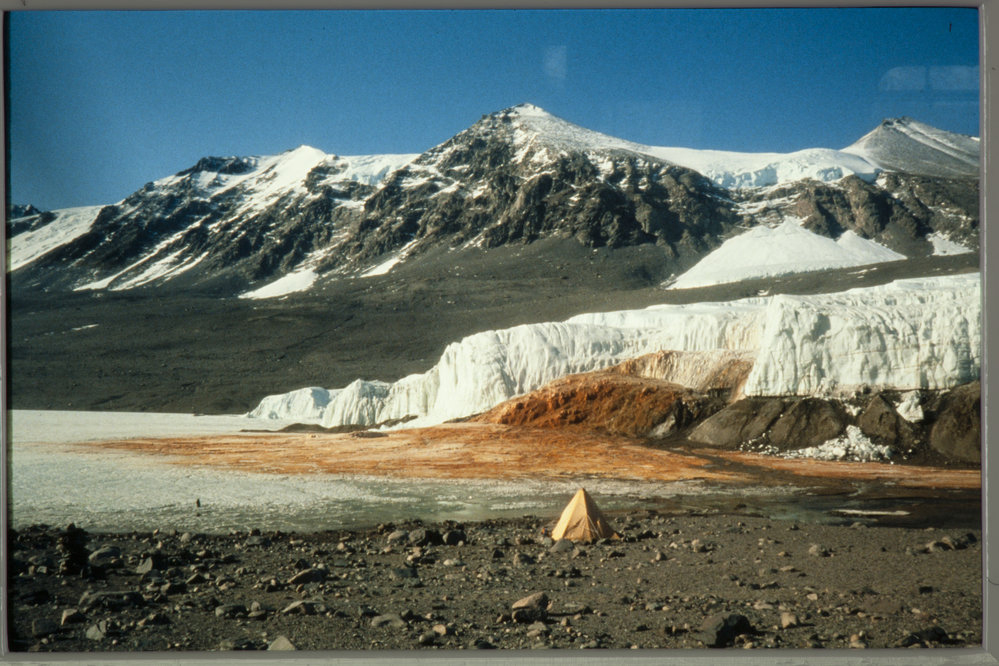 How does an ecosystem function in briny reservoirs inside glaciers?

The answer to this question can take us one step closer to understanding if life can exists in the frozen moons and planets of the Solar System. The microorganisms at Blood Falls were able to persist below hundreds of meters of ice and live in permanently cold and dark conditions for extended periods of time: over millions of year. And even more than that, without oxygen, as Jill Mikucki, the lead author on the Blood Falls study was to discover in the samples she took.

If the ancestors of the Blood Falls ecosystem lived in the ocean many millions of  years ago which was then shrunk into an ice lake, perhaps if there was life in the oceans on Mars, it too could have survived in a similar matter. Only time will tell.

There is a long way between finding liquid brine pools on Mars and finding life,

however, the one thing that we are reasonably certain of is that liquid water is the best solvent for life, and more we explore the Solar System the more liquid water we are finding. We also know from evidence from Earth that life is unbelievably tenacious, and if life ever existed on Mars then the wet places are where it is most likely to have retreated to. 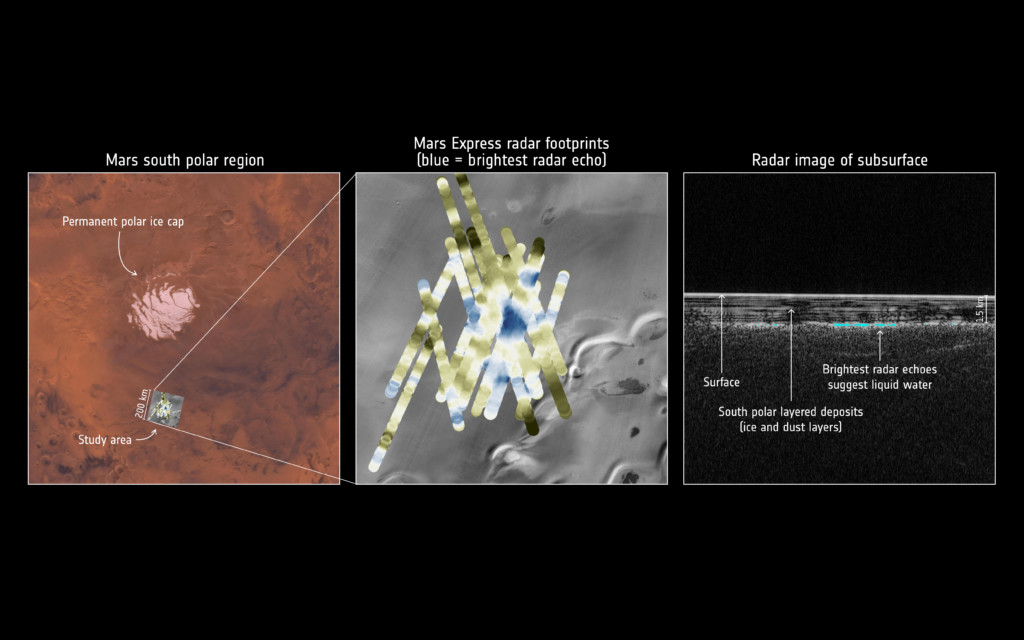 Mars Express detects water buried under the south pole of Mars ESA’s Mars Express has used radar signals bounced through underground layers of ice to find evidence of a pond of water buried below the south polar cap. Twenty-nine dedicated observations were made between 2012 and 2015 in the Planum Australe region at the south pole using the Mars Advanced Radar for Subsurface and Ionosphere Sounding instrument, MARSIS. A new mode of operations established in this period enabled a higher quality of data to be retrieved than earlier in the mission. The 200 km square study area is indicated in the left-hand image and the radar footprints on the surface are indicated in the middle image for multiple orbits. The greyscale background image is a Thermal Emission Imaging System image from NASA’s Mars Odyssey, and highlights the underlying topography: a mostly featureless plain with icy scarps in the lower right (south is up). The footprints are colour-coded corresponding to the ‘power’ of the radar signal reflected from features below the surface. The large blue area close to the centre corresponds to the main radar-bright area, detected on many overlapping orbits of the spacecraft. A subsurface radar profile is shown in the right hand panel for one of the Mars orbits. The bright horizontal feature at the top represents the icy surface of Mars in this region. The south polar layered deposits – layers of ice and dust – are seen to a depth of about 1.5 km. Below is a base layer that in some areas is even much brighter than the surface reflections, highlighted in blue, while in other places is rather diffuse. Analysing the details of the reflected signals from the base layer yields properties that correspond to liquid water. The brightest reflections are centred around 193°E/81°S in the intersecting orbits, outlining a well-defined, 20 km-wide zone. Context map: NASA/Viking; THEMIS background: NASA/JPL-Caltech/Arizona State University; MARSIS data: ESA/NASA/JPL/ASI/Univ. Rome; R. Orosei et al 2018