What do we know? Recent planetary exploration brings a flurry of results:

Home » Blog » What do we know? Recent planetary exploration brings a flurry of results: 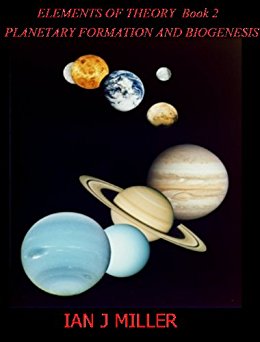 The last few months have been remarkable for planetary exploration. We have found a planet about twice the size of earth in the habitable zone of a star about the same size as our sun, and we have had space vehicles gather information of Ceres and Pluto, neither of which were significantly better than blobs in our best telescopes. Finally, there was a landing on a comet. From these, we have gathered a lot of data, but it is interesting to reflect on what extra we know.

For Kepler 452b, we basically know that it is where it is. Apparently the radio telescopes have listened for signals, but found nothing, and herein lies a real problem with Seti. The planet is about 1.5 billion years older than Earth. Let us suppose a civilization arose there about the same time after planetary formation as we did. Would it last 1.5 billion years? If it did, would it continue to send signals to Earth with no response for near enough to that time, especially when it would take at least 2,000 years to get a response?

Looking at the data from Ceres, we now know what it looks like. Again, there will be more data, and we shall have to wait for some time for this to be analysed and published, but for me, the main surprise was the occasional brilliant white spot. What causes them? There have been various suggestions, such as ice, and salt. I suspect these are basically the same; they postulate internal fluid such as water that breaks to the surface and remains exposed. The salt is the hypothesis that the ice has sublimated away to space. This should be settled with infra-red spectra, assuming the areas are big enough to make a detectable difference.

The data from Pluto that has been released at the time of writing this has largely been images, and these are quite surprising at first, with huge ice-mountains and extremely large flat areas that showed surprisingly little crater formation. On a personal level, I think the crater level may be slightly misleading, because I suspect that impacts out there, where there is a lot more space and velocities are much lower, may be a lot fewer than many people think. Nevertheless, the simplest explanation is that there is internal heat, and possibly a fluid underground ocean in recent times. Where would the heat come from? One possibility is that the impact that presumably formed Charon as a satellite may have occurred somewhat more recently than some have assumed. That impact energy would liquefy a lot of water, even if it were a lot milder than our Moon-forming impact.

However, for me, the real pleasing information came from the Jupiter-family comet, 67P/Churyumov-Gerasimenko.

The first piece of pleasant information was from Altweg and 31 others (Science 347: 126952-1 to 3). What they found was that the D/H ratio of the ice is three times greater than Earth’s water. That means that even the Jupiter family comets could not have supplied then bulk of Earth’s water. The second came from Capaccioni, F. and 77 others (Science 347: aaa0628) found organic material with C – H and O – H bonds, but very little contribution from N – H bonds. Why is this pleasing? My theory of planetary formation (Planetary formation and biogenesis, ebook at Amazon) states that the reason Earth is where it is is that water vapour in the accretion disk and aluminosilicates were the binding agents that let the Earth accrete, and why we have so much water and granitic continents.

A form of thomsonite (one of the rarest zeolites) from India

Dispelling the comet hypothesis is important for me. The second reason is that the theory predicts that bodies formed in the Jupiter region will be very short of nitrogen, and while this paper does not necessarily prove it, at least it is in accord with the proposition. 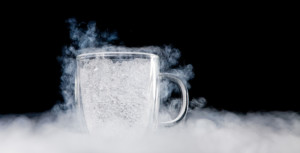