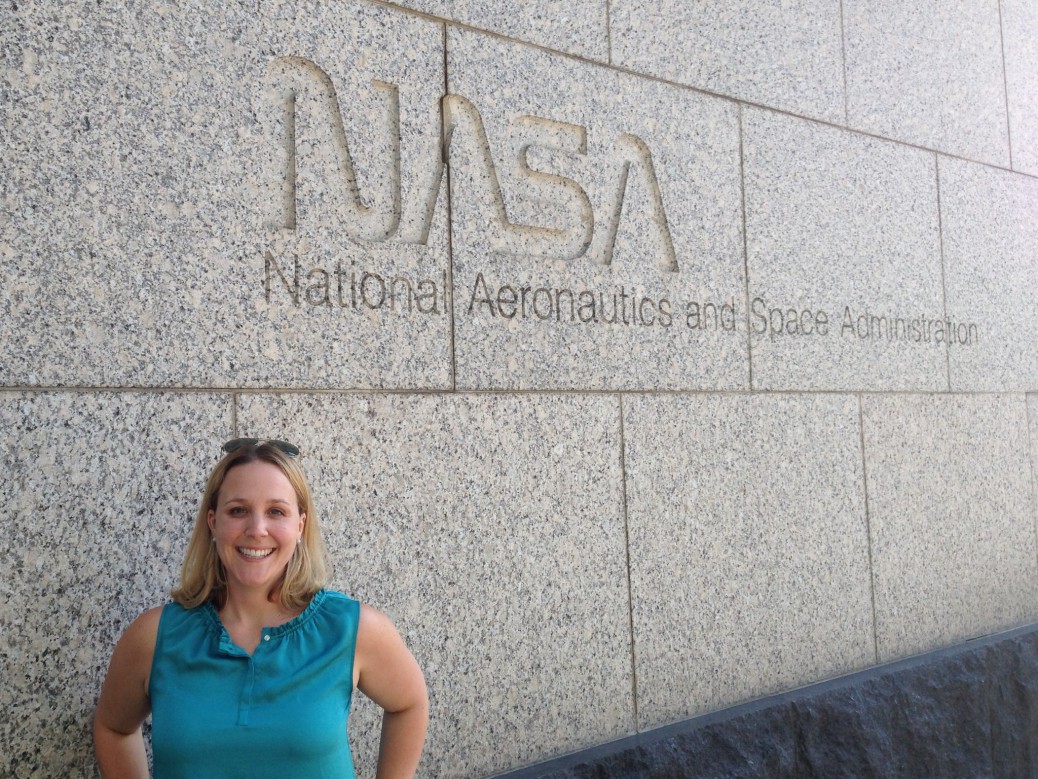 We had the great pleasure to have Dr. Lindsay Hays in New Zealand in 2018. Not only she attended the Astrobiology Australasia Meeting 2018 but she participated and supported our Teachers Astrobiology Workshop and took time to go and speak to students in schools around Wellington.

With a research background in organic geochemistry, she received her PhD in Geobiology from MIT in “Biogeochemical Proxies for Environmental and Biotic Conditions at the Permian-Triassic Boundary”. Dr. Hays did a research postdoc at Harvard University and a management postdoc at NASA HQ, where she was the Editor-in-Chief of the 2015 Astrobiology Strategy, a guiding document for the Astrobiology Program.

She then worked at NASA’s Jet Propulsion Laboratory in the Mars Program Office where she served as the Mars Sample Return Science System Engineer and worked on formulation of sample science and astrobiology investigations for future robotic missions, as well as long-term planning for potential human missions to the red planet.

Now, back with NASA HQ, Dr. Hays manages organization and operations for the Astrobiology Program, as well as serving as a co-lead for the Center for Life Detection which has been tasked with updating and upgrading the Ladder of Life Detection in response to increased Scientific Research and Instrument Development in this field.

Listen to Dr. Hays here talking about astrobiology, science and the future in our interview in Rotorua during AAM2018.