The 100 million dollar question: “Are we alone in the Universe?”

Home » Blog » The 100 million dollar question: “Are we alone in the Universe?” 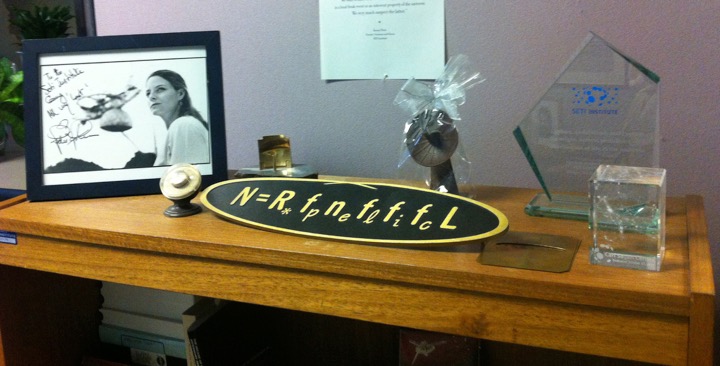 “Are we alone?” is probably the most debated out of the three. Science fiction fans know it and scientists know it. Do we believe in aliens? And do we really wish to find them? It seems that some people do.

One of these questions is now worth 100 million dollars

Shifted from the realm of science-fiction to the reality of science,  the search for extraterrestrial intelligence got an unexpected boost. On Monday, July the 20th 2015, a group of visionaries endorsed by Professor Stephen Hawking and funded by Internet investor Yuri Milner announced a $100 million, 10-year search for intelligent project.

“We believe that life arose spontaneously on Earth, so in an infinite universe, there must be other occurrences of life. Somewhere in the cosmos, perhaps intelligent life might be watching these lights of ours, aware of what they mean. Or do our lights wander a lifeless cosmos, unseen beacons announcing that, here on one rock, the universe discovered its existence? Either way, there is no better question. It’s time to commit to finding the answer, to search for life beyond Earth. The Breakthrough initiatives are making that commitment. We are alive. We are intelligent. We must know.” Stephen Hawking talking at the Royal Society, London.

Other members of the team include cosmologist and astrophysicist Martin Rees (Astronomer Royal of the United Kingdom), SETI* research pioneer Frank Drake, co-founder and CEO of Cosmos Studios Ann Druyan, and UC Berkeley astronomy professor Geoff Marcy. The project will generate so much data in one day as it would have taken previous SETI searches to generate in one year and according to SPACE.com “will harness two of the world’s largest telescopes — the 100-meter (330 feet) Green Bank Telescope in West Virginia and the 64-meter (210 feet) Parkes Telescope in Australia — covering 10 times more of the sky than previous SETI programs, scanning at least five times more of the radio spectrum and doing so 100 times faster.” 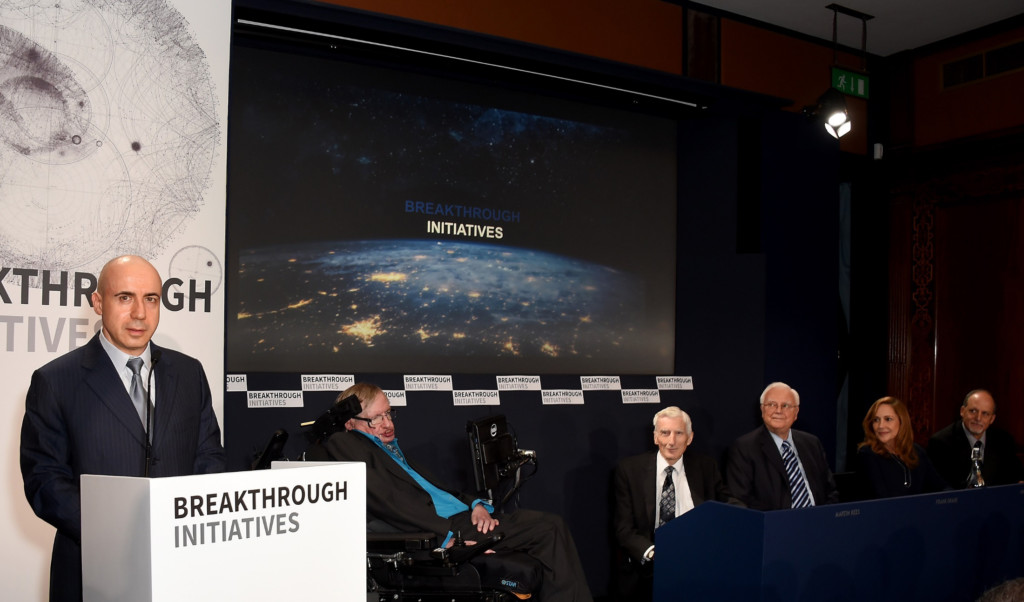 What does it mean for us?

The Breakthrough initiatives are looking for a second genesis and anyone can participate in this project to help understand and process the data gathered, via crowdsourcing.  By joining other 9 million volunteers around the world,  anyone can donate spare computing power to search for signs of extraterrestrial life and support SETI@home, the distributed computing project. Yuri Milner’s believes that this will make collectively “one of the world’s largest supercomputers”.

The New Zealand Astrobiology Initiative is enthusiastic about the future

“It is exciting to witness top scientists and a savvy entrepreneur join forces to allow us to Listen to the Universe better, faster, and farther for signs of intelligent life. The Big Question is getting the attention and support it deserves. And the announcement was made on the 46th anniversary of humans first setting foot on another planetary body – our Moon. Awesome.” Professor Kathleen A. Campbell

In these interviews Professor Kathleen A. Campbell explains the importance of the new Breakthrough Initiatives to the New Zealand public.