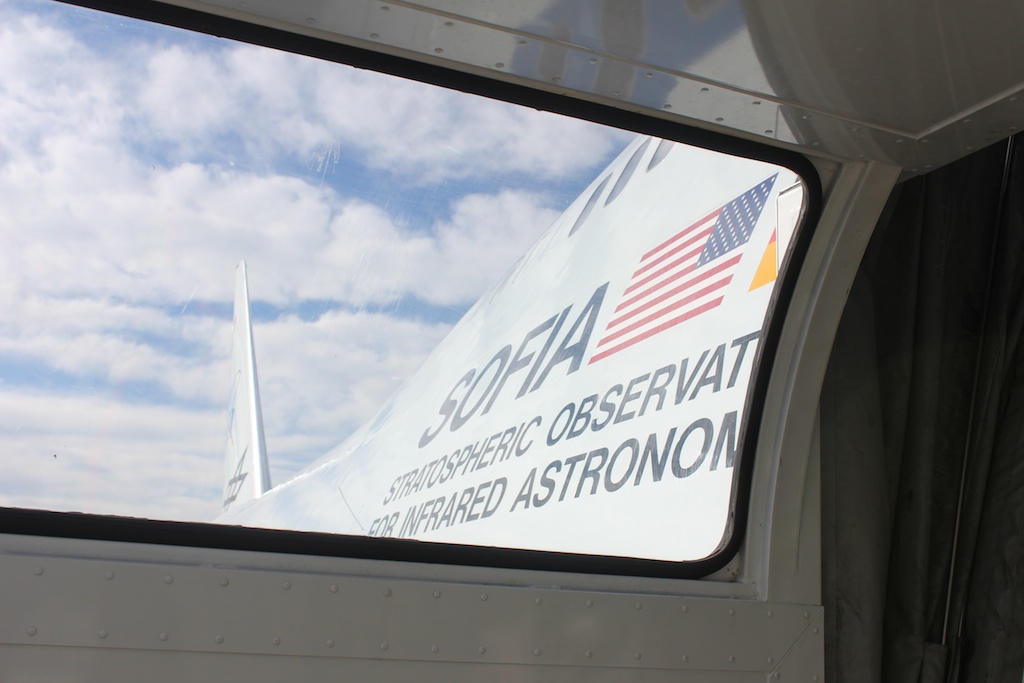 SOFIA, the mighty space telescope, the most wonderful machine ever invented by humankind  has firstly visited New Zealand in 2013 for its first deployment.

It took a year break time in which its future was decided and returned in 2015 and 2016.

Flying at 13.7 km, SOFIA Looks at the Universe, our Milky Way galaxy, young stars, star-forming regions and supernova remnants in the southern Milky Way, the Magellanic Clouds, and several nearby galaxies. In 2015 it also looked at Pluto! (If you still wish or care to know why is Pluto not a planet anymore you can check it out here.)

Sofia is the world’s premier flying observatory with a mirror the size of the Hubble Space Telescope.