Learn about Mars with NZAN

Home » Learn about Mars with NZAN 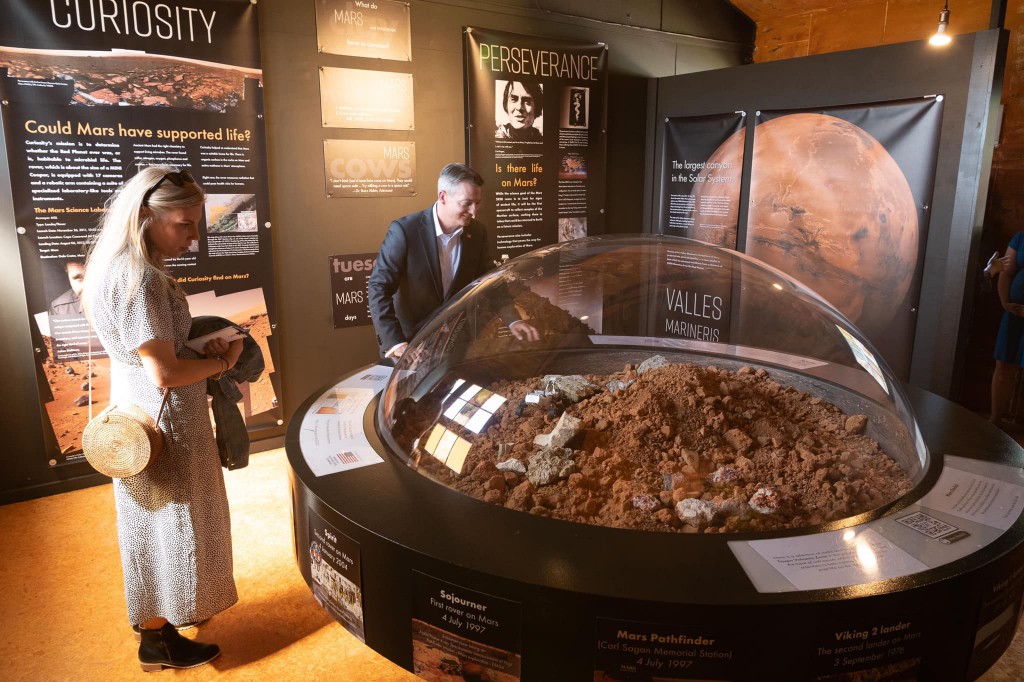 Would you live on Mars? Come and check out our Mars exhibition at Stonehenge Aotearoa and decide for yourself! See you on Mars!

New Zealand Astrobiology Network is providing a series of educational programmes for schools, such as Synergies in Space Mission to Mars programme, talks and seminars.

Right now we are preparing an online astrobiology course for teachers.

Contact us for enquiries on what we can do in your school.

If you wish to learn more about Mars, New Zealand Astrobiology Network is organising astrobiology field trips, astrobiology conferences and seminars. See upcoming events. In addition, we support students’ training at the Mars Desert Research Station and we offer internships in science communication.

Is there life on Mars?

Mars is the only planet we know inhabited entirely by robots. They are all looking for life. On Earth, where there is water, there is life.

A swarm of robotic explorers has been sent to study Mars since the 1960’s: fly-by spacecraft, orbiters, landers and rovers

In the past, Mars might have been capable of supporting microbial life, as it once had rivers, large lakes and perhaps an ocean.  We know that Mars once had ancient, persistent liquid water and a complex surface geology. We found modern water and discovered recent climate change, planetary magnetism and modern geological processes.

They have found lots of evidence that the planet was once warmer, wetter and had a thicker atmosphere.

Right now, Mars has climate and weather variations. What’s more important for future human habitation, we are starting to understand both its gravity and its radiation environment. We don’t know yet how long stay duration missions to Mars will affect humans’ health – which is why we are studying its effects on the International Space Station ISS and other places on Earth called Mars Analog. One of those places is the Mars Desert Research Station in Utah.

Mars is the next frontier, the next planet where humans could one day live

Even though Mars is a dusty, cold, desert world, it has a 24-hour day, seasons and polar ice caps. It will be a tough journey and a tough stay, as right now we don’t have the technology to terraform Mars. It is very likely that the first human habitats on Mars will be setup in caves and people will have to stay within the confines of those habitats.

For the adventurers, Mars will provide exciting weather, the deepest canyon – Valles Marineris and the largest volcano in the Solar System – Mount Olympus. But they would all have to suit up! With an atmosphere 100 times thinner than Earth’s, it gets very cold on Mars where the average temperature is minus 60° Celsius. But on nice summer days, near the equator, Mars can reach about 20° Celsius.

We must go to Mars with science and before we send humans there we must figure out if Mars once had life. If we do find proof of life on Mars, it would change everything, we would not be alone. This is what Astrobiology is studying and trying to understand: how life arose and evolved in the Universe and other places outside Earth where life might exist.

Finding fossils preserved from early Mars might tell us that life once flourished on this planet. We can search for evidence of cells preserved in rocks, or at a much smaller scale: compounds called biosignatures are molecular fossils, specific compounds that give some indication of the organisms that created them. However, over hundreds of millions of years these molecular fossils on Mars are subject to being destroyed or transformed to the point where they may no longer be recognized as biosignatures. Future missions must either find surface regions where erosion from wind-blown sand has recently exposed very ancient material, or alternately samples must be obtained from a shielded region beneath the surface. Read more here.