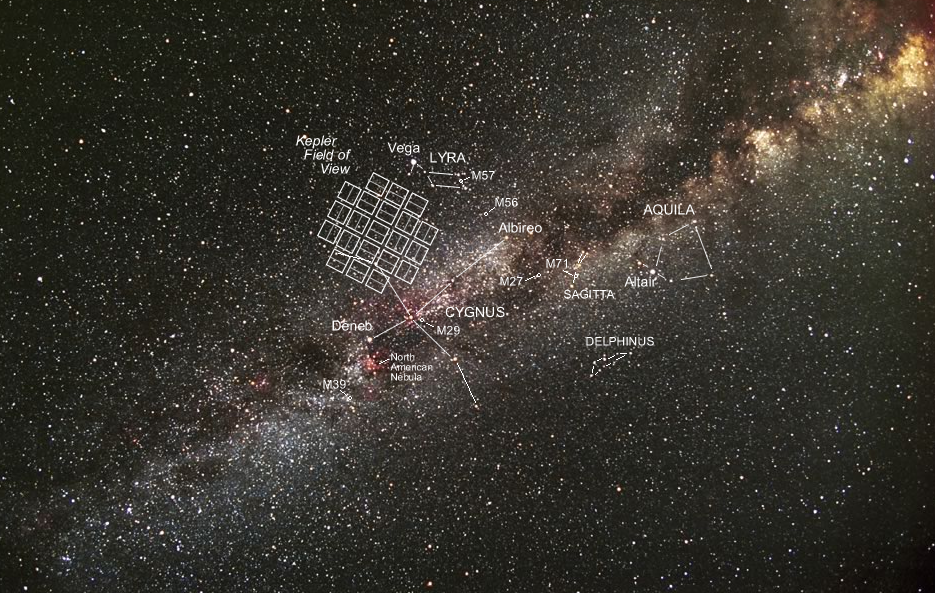 The scientists, after looking for more than four years with Kepler to a patch in the sky located in between Cygnus and Lyra (we, stargazing nerds know where that is – see featured pic), have discovered an anomaly… a star (KIC 8462852) that exhibits a weird light pattern, or more correctly no pattern at all. Kepler’s team looks for stars that have regular drops in the intensity of the light emitted – that’s normally because a planet, or a few, orbit that star. Bingo!

In fact, it was not the ‘classical’ scientists but the volunteer citizen scientists who figured out something was not quite right… But what is it, really?

On Air – Haritina Mogosanu versus Jack Tame on the Mike Hosking Breakfast to talk aliens.

Yesterday morning, just before the shakeout drill and long before all this popped out from everywhere 🙂 I had a great conversation with my boss. He pointed out that as Popper said, science is like detective work. It’s not about finding arguments to support your theory but it’s about problem solving. Popper argued that is easy to obtain evidence in favour of virtually any theory. The trick in science is to make sure that you’re not doing that… Which brings us to our star…

The paper published by Tabetha Boyajian clearly does justice to Popper’s feelings. The team have tried hard to explain the anomaly in any way they could.

“We’d never seen anything like this star,” says Tabetha Boyajian, a postdoc at Yale. “It was really weird. We thought it might be bad data or movement on the spacecraft, but everything checked out.”

There are two theories now standing out, one is about a group of comets or… ALIENS. Yes aliens.

SETI comes to rescue and there is a second paper in the making about the possibility of us actually looking at an advanced extraterrestrial civilization, so advanced, that on the Kardashev scale they would get II points. That is a civilization that would have already harnessed the energy from their star and possibly constructed a Dyson sphere.

“Aliens should always be the very last hypothesis you consider, but this looked like something you would expect an alien civilization to build.” says Jason Wright, an astronomer from Penn State University, who is set to publish an alternative interpretation of the light pattern.

And if they were so advanced as we think they might be, and only 1500 light years away from us, would it be possible that they too have already noticed us? And they just leave us alone until we sort out our warp drives and things so we can then join the Federation of Planets when we are mature enough to do so? If ever?

SETI will start listening back very soon. After all, the second question of Astrobiology is’ IS THERE LIFE OUT THERE?‘ besides 1500 light years is not so far away. It’s all very exciting because there is a chance that if they are out there we might find them. Or a bunch of comets… Whichever comes first.

P.S. – about citizen science projects – you can try your hand figuring out stuff in the Universe by signing up for www.zooniverse.org.