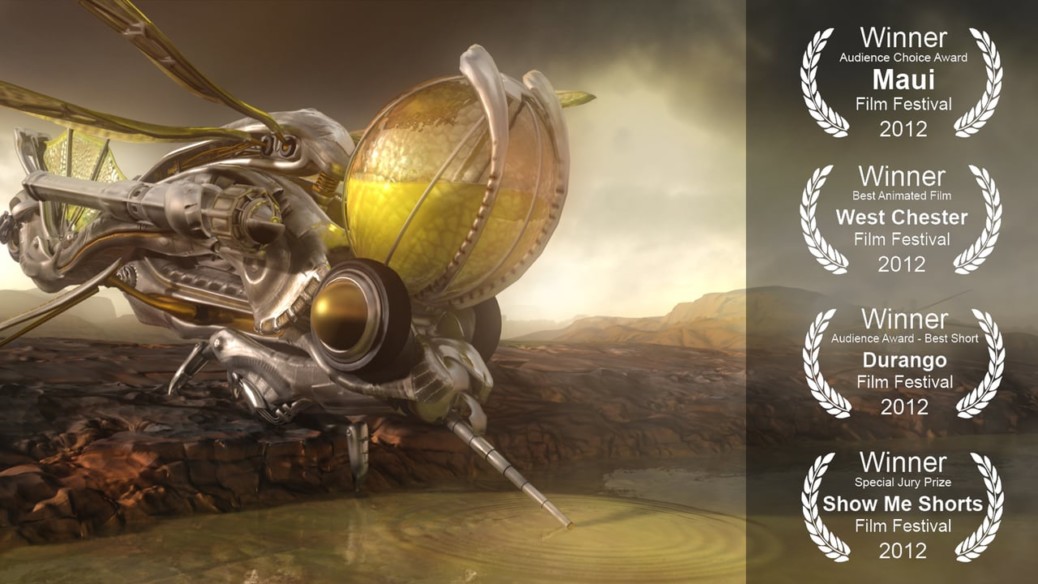 Richard Mans loves 3D animation and robots.  The New Zealander filmmaker worked on animation contracts with NASA and whilst there he was inspired by their Mars Rover missions animation.  He spent about four years making Abiogenesis, which as he said, helped him discover a real desire to continue making films.

Richard loves to talk about space and the word astrobiology is no foreign to him. I really hope that there are many more movies like this one to come. Watching the alien planetary landscape sent me into a familiar but strange and beautifully compiled world. Food for thought!

Abiogenesis is a breathtaking science fiction spectacle, where a strange mechanical device lands on a desolate world and uses the planet to undergo a startling transformation, that has profound implications for an entire galaxy.

The music is equally out of this world, composed by the Wellingtonian Rhian Sheehan, who is world-famous and also makes scores for many planetarium shows.