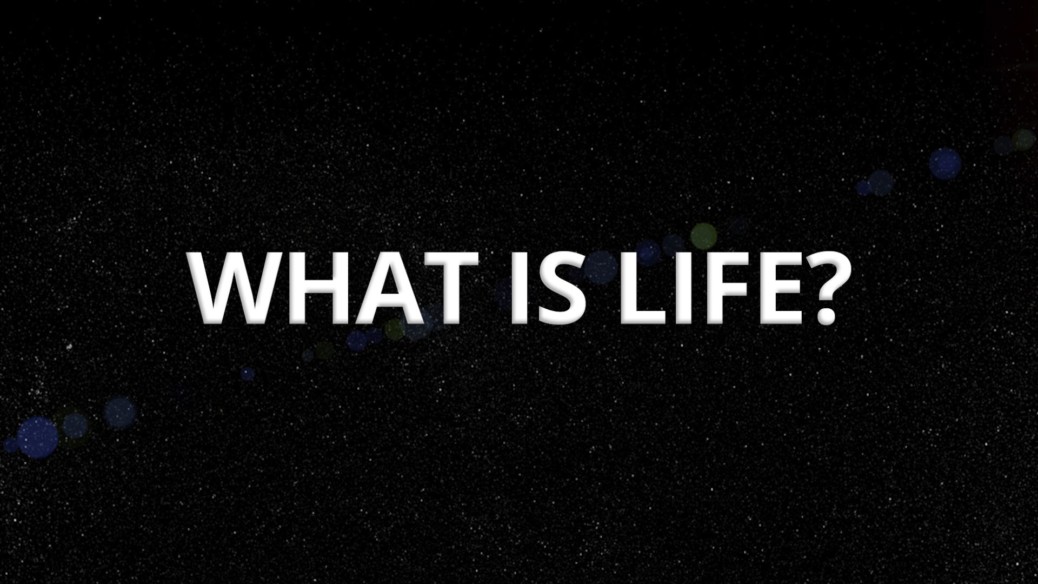 How do we define life – or, in fact, can it be defined?

So far, we cannot be sure that this question has been properly answered. Even so, NASA has proposed that life be taken as a self-sustained chemical system capable of undergoing Darwinian evolution. If we have a mind for science, we might then ask – is this consistent with basic principles? The life chemistry we find on Earth should accord with this, but as one particular case. This point of view can then allow us to seek for life in other places –“space” – say, but on the basis of rational enquiry.

If we look at the movements of objects in general we will notice that while inanimate objects can be powered up and move for a time, they invariably ‘wind-down’ and come to a stop.

Living objects are, however, different in some basic way. Their ‘energization’ continues. Of course, individual cases: from micro-organisms to giant creatures like whales or dinosaurs, do come to rest at some point – but the life-energy that has propelled them continues. It maintains itself within the biosphere and continues either to mend and replace worn or damaged parts of an individual organism, or replace that individual with another functioning in the same or very similar way. This ‘biospheric energization’, the driving force of life, is then at the focus of our enquiry. It is rooted in chemical processes, of an autocatalytic nature. And it is ‘attracted to survival’ as another characteristic, i.e. it is ‘Darwinian’ in its behaviour.

Exciting new discoveries such as those recently reported in the journal Science by the ‘Tara’ group concerning the amount and distribution of marine micro-organisms are continuing to test our ideas of the biosphere, its essential nature and origin. BBC News issued a special item on May 22, 2015 about the international Tara team of researchers, who have recently published five studies in Science detailing 35,000 new bacterial species, 5,000 new viruses and 150,000 new single-celled plants and creatures. Even these findings probably miss much at the small end of the distribution.

One of the team – Matthew Sullivan (University of Arizona) – reporting on viral populations within more complex communities, noted that surface ocean viruses appear to be passively carried by marine currents. Population abundances are then structured by local conditions. The findings come from a three-year mission known as the Tara Oceans Expeditions. The latest work has provided perhaps the most in-depth systematic, bottom-up sampling of ocean biota yet, allowing a clearer view of planetary ecological drivers. Sullivan urged that we throw out the simple notion of plankton as merely “whale food”.

Chris Bowler of the National Centre for Scientific Research and another Tara team-member told BBC News that we now have a much fuller description of oceanic micro-organisms and their ecological interactions: viruses, bacteria and protozoa — a catalogue of the global distribution of what amounts to some 90% of the biospheric mass. 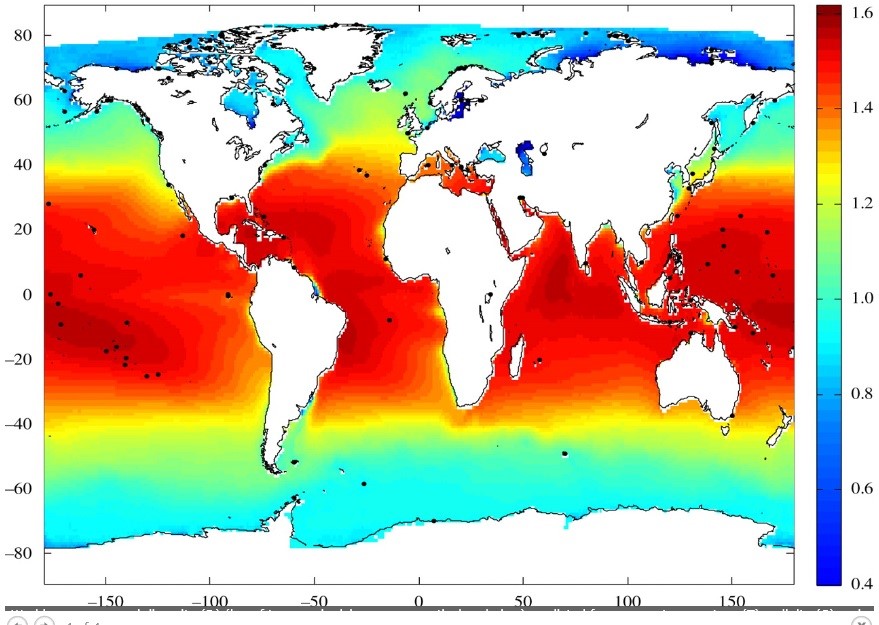 Some aspects of this story are not all that new. The zooplankton distribution, or more strictly its diversity, as shown in Fig 1, dates from the work of Rutherford et al (1999).

Primary energy availability is clearly a factor, as can be seen from the maximisation towards the terrestrial tropics. Quantitatively, the oceanic surface temperature was found to be the main driver from detailed studies of the Atlantic Ocean, and by inference, the other oceans as well. Interestingly, however, the diversity is not a monotonic function of latitude, but maximises in belts somewhat separated from the equator.

Later studies (e.g. Rombouts et al., 2009😉 have confirmed the important role of temperature, adding also precipitation as another key variable relating to primary micro-organism distribution. Rombouts’ study was directed mainly at an intermediating link in the chain between micro-organisms and fish, namely copepods. They noted a global asymmetry between north and south in this respect, linking this to something called the Inter-Tropical Convergence Zone (also known as the ‘Monsoon Trough’, or ‘the Doldrums’). 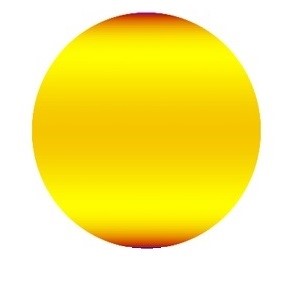 Where do we come in?

Budding et al have been discussing a physical model that could relate to the origin and development of lifelike processes, paying particular attention to the continual growth of systemic energization from very simple beginnings. To approach recognizable life forms in the terrestrial case, they refer to an autocatalytic molecular (‘ABC’) model. The C component in this scheme tunes the response of the A and B (nucleoside: sugar + base) molecular components to the time-dependent solar flux, which gives rise to a diurnally driven, resonant process of molecular energization.

Mathematically, the scheme can be posed as a variation of the wave equation in spherical polar co-ordinates. Figure 2 shows a simple illustration of the zonal harmonic global patterns that might be expected as a result. Such models can be directly compared with solutions to the simple ‘Daisyworld’ models of idealized (low diversity) biospheres that might develop on exoplanets.

In a sense, a virus can be regarded as an ‘ABC’ type molecular structure, although even the simplest viruses known are considerably more complex than, say, adenosine triphosphate, which might be considered as perhaps the most basic autocatalytic candidate and possible precursor of RNA (see e.g. Kaimachnikov and Sel’kov, Biofizika. 1976 Mar-Apr;21(2):220-4).

The further back we go, the less clearly we can see the picture it seems, even though Darwinism implies it should be getting simpler near the beginning. The present distribution of micro-organisms near the ocean surface may give us hints about ‘the RNA world’ that preceded it. But what preceded that? And was that started here, or did it perhaps come from somewhere else? Even adenosine triphosphate is a complicated molecule by the standards of what we see in the interstellar medium.

New Evidence on the Origins of Life on Earth