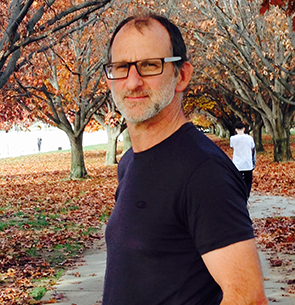 Martin was trained in Canada, receiving his PhD in 1992, and then moved to Australia in 1994 to commence research on the Pilbara. In 1997 he joined the Geological Survey of Western Australia and in 2012 moved to UNSW as Professor of Geology. He is the Director of the NASA-affiliated Australian Centre for Astrobiology at UNSW, Deputy Director of the Big Questions Institute, and has recently become Head of the School of Biological, Earth & Environmental Sciences at UNSW.

Martin is a leading researcher on the geology of the Pilbara region and of the early Earth, in general. He leads a team researching the early evolution of life on Earth, in particular the habitats of the oldest life and the adaptation of life to the Great Oxygenation Event. The team’s research is also being used as a guide to better understand the origin of life on Earth and to help NASA in the search for life on Mars.

Martin’s research is widely published in international journals and books, including “Earth’s Oldest Rocks”, which is currently being compiled for a second edition. Martin’s work has also featured in over a dozen national and international television and film documentaries.